The decathlon is a speedrunning contest where participants learn 10 speedruns from April 21 to October 28, 2018, and enter tournaments (on this page), restreamed in French on the Ultime Décathlon Twitch Channel and in English on the Speedgaming Twitch Channel for the chance to qualify for the Ultimate Final, the last tournament of UD6.

Learn 10 speedruns one by one, as the games are announced. Each game has specific rules which can be found on the Resources Page. Register your speedruns and submit your PBs as you complete them. You must register in advance for tournaments. Information on how to stream can be found on the Resources Page. Qualification for the Grand Final will take place during the 3 summer tournaments, or during the Last Chance Tournament.

The games will be unveiled one by one, every Saturday starting on April 21. 2 games will be announced at the same time on May 12 and June 9. The games on the list vary in genre and duration, as in previous seasons. Each game follows a specific set of rules that can be found on the Resources Page. Be aware that each game follows a specific category, so the rules can vary greatly from one game to another.

The Ultime Décathlon is open to everyone and is free of charge. When you exceed 100 points in a game, your runs must be recorded (with OBS, for example) locally or on Twitch, and if possible uploaded to YouTube. The free tools to do so and the instructions on how to use them will be posted on the website. The players and organizers are also there to help you! For tournaments, it is necessary to be able to stream. When you complete a run, simply submit it to this website. Your time will then be validated by a moderator, and your score will appear on the championship.

Speedruns must be done on the proper versions of the games, following the specific rules of each category.

UD6 is based on a points system made to reflect the level of players on the complete collection of games:

Each game has a maximum time above which the speedrun will score no points at all. (We encourage you to submit these times on the website anyway!).

Between 1 and 100 points, the points follow a logarithmic rule. Therefore, you need to save more time to go from 1 to 2 points than to go from 99 to 100 points.

There is no point limit, meaning that if a WR is achieved, a player could theoretically get any score. No re-calibration will be done, even though there will certainly be possible score disparities, with games where all players could exceed 200 points and others where it is unthinkable for most to exceed 180 points, for example. This has no impact on rankings and tournament results.

For emulators, it is mandatory to only use those explicitly allowed in the detailed rules for each games.

Communication between players and the organization team

Information is transmitted through this site. There is also an open Mumble server that all participants are encouraged to join. UD is essentially based on its community, so do not hesitate to ask questions, interact on Discord, Mumble, or Twitch chats! The visibility of the event is mainly done via twitch, so don't hesitate to stream your progress either!

That said, please get any information you might need on the site first. Most questions can be answered by visiting the Resources Page. One of the most important things is the schedule of the UD, with detailed weekly streams and tournaments that are planned.

For PBs achieved during grinding sessions (meaning: personal training for speedrunning), as soon as you get a new PB (made between the announcement of the game at launch and October 28, 2018 at the end of the Ultimate Final), submit it on the site so that the ranking remains up to date. Submissions are validated by the organizers.

For the PBs achieved during races (made during an official tournament): PBs will be submitted automatically, and will be entered in a 2nd part of the ranking. If this time is better than the PB done during training, both times will be updated simultaneously. Note: Community or fun tournaments do not count in this ranking.

In short : Submit your PB on all games until the end of UD!

You're free to practice all ten games in any way you like. Feel free to talk about your strategy ideas, what you've learn, or anything you've discovered to other runners. The important thing is to learn games together and be part of a speedrunning community. Feel free to organize your own races, to motivate people to run with you, to make tutorials or coach people on the games you know! Search the Resources Page to find tutorials and explanations, and ask your questions.

Community races will work the same way, but restreams will be a direct capture of your twitch stream, so just stream on your own channel.

Stars will be given for the following tournaments results:

These are non-cumulative, and it is not possible to earn the same star several times.

Some runners will be restreamed on the Ultime Décathlon Twitch Channel. For this reason it is requested to runners to stream their run to the dedicated server of UD during the official tournaments whenever possible.

The Ultimate Final will see the four Grand Final winners compete against each other and will take place after 4 direct qualification tournaments! Finalists will be invited on location, with their costs covered according to a maximum budget that depends on the success of the tipeee (fundraising campaign for the Ultimate Final).

You can find the UD android app made by Butters Dickinson on Google Play or install it without source repository by downloading the apk.

There may be a delay to adapt it to the new seasons. There is no version available for IOS at the moment.

We want our community to be as respectful as possible, so that viewers can watch our streams and our participants be integrated into the community, without feeling disturbed or shocked by the behavior or vocabulary used. In the work environment as on the Internet, certain behaviors or words convey certain relationships of domination (reflecting a factually unequal society) or are in themselves discriminatory. The Ultime Décathlon should not be "like elsewhere", but "better than elsewhere", and for that reason we invite you to become aware of a certain number of problems and to make efforts to overcome them. We also know that many members of the community are already sensitive to these issues.

Concerning behaviors, we have nothing to complain about at the moment. However, we prefer to take the lead by specifying that every participants are expected to maintain a friendly environment and to be respectful of others and their differences. We cannot forbid taunt or trash talk but we would like to remind you that it has to happen with the acceptance of those concerned: make sure that others accept the way you approach them. To keep the overall atmosphere pleasant for everyone, it is better to encourage and support each other rather than to denigrate others. The Ultime Décathlon must remain an event of conviviality and surpassing oneself. Even if the competition has an important place in the event, it must remain strictly within a playful environment, where cheating and harsh rivalry have no place.

Regarding vocabulary, we noticed the use of oppressive and violent terms. We focus on oppressive language, not oppressive people. It is not because you are not disturbed by your own remarks that others are not: sexism, racism, transphobia, homophobia, validism, psychophobia, rape culture... Discriminating remarks must stay in the private sphere and have no place whatsoever on Mumble, Discord, nor on the Ultime Décathlon stream or chat. We encourage you to apply the same rules to your streams.

We hope to be heard and understood and we thank you for your efforts to maintain a pleasant and respectful environment. For those who do not follow this Code, measures/sanctions will be taken and may go as far as the definitive exclusion of the Ultime Décathlon. If you have any problems with any of the participants, or if you have any comments about the Code of Conduct, please contact the team. 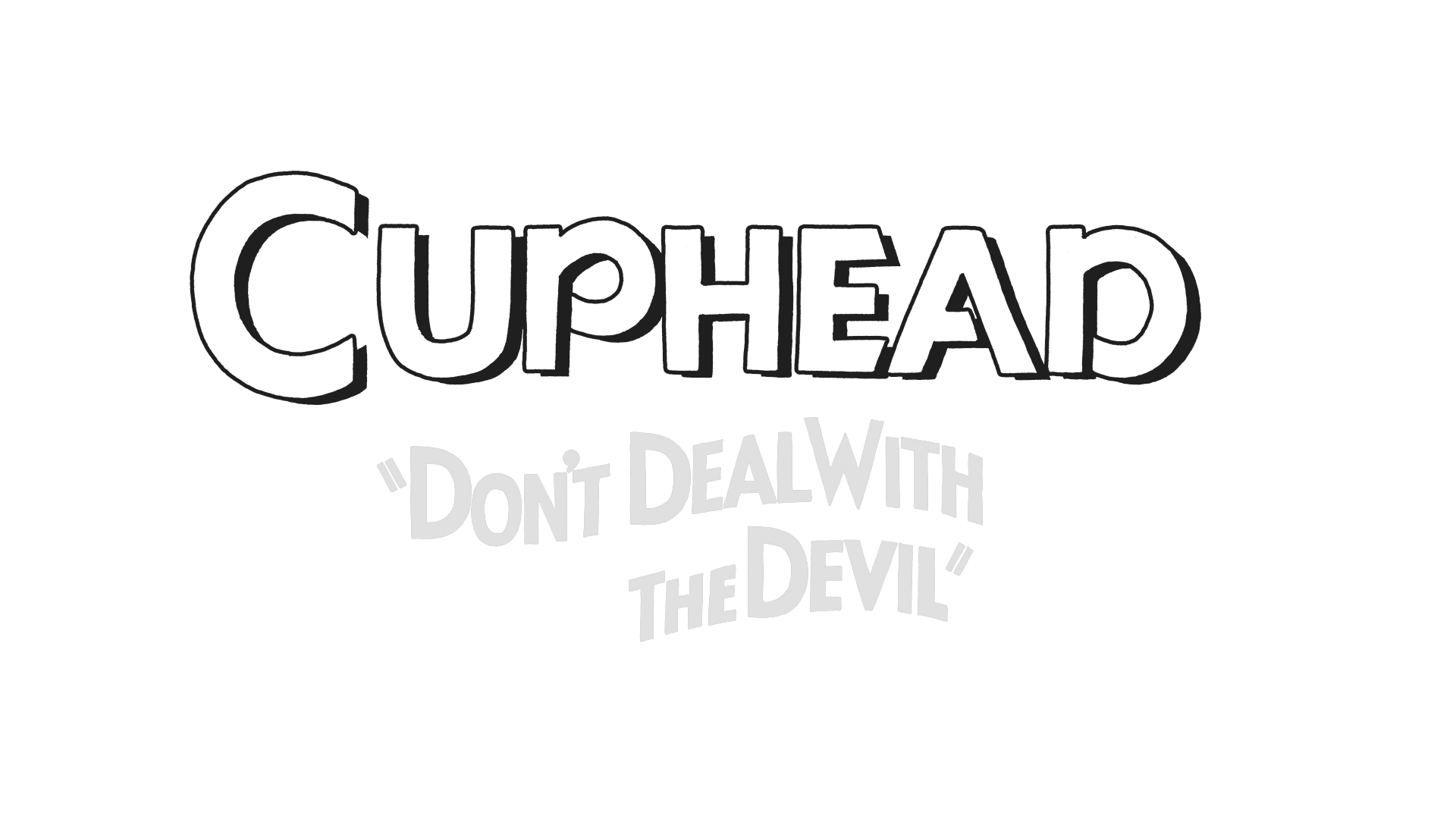 A Story About my Uncle - Any% NF 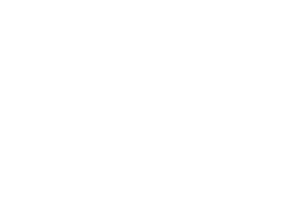 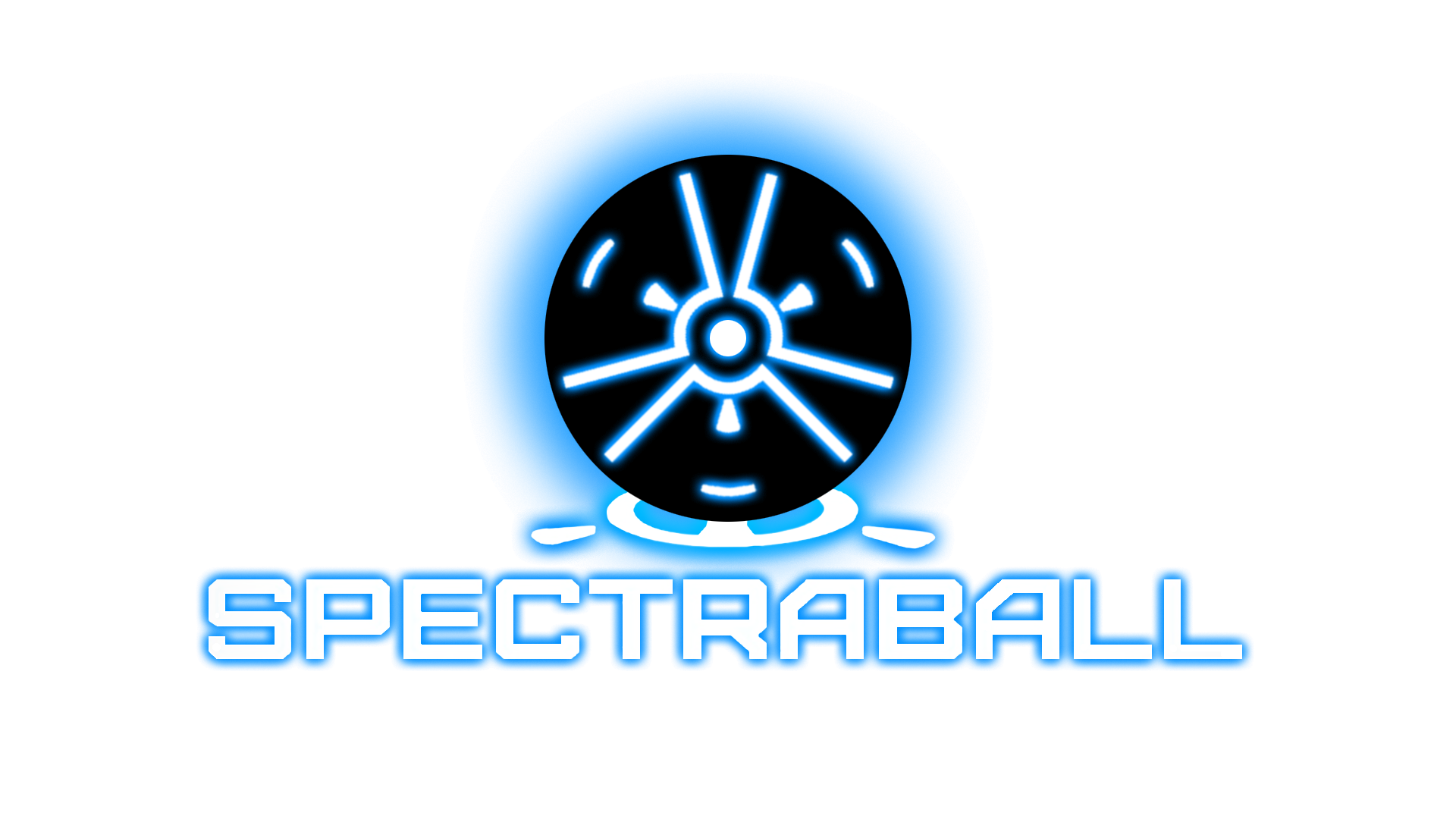 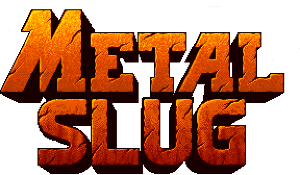 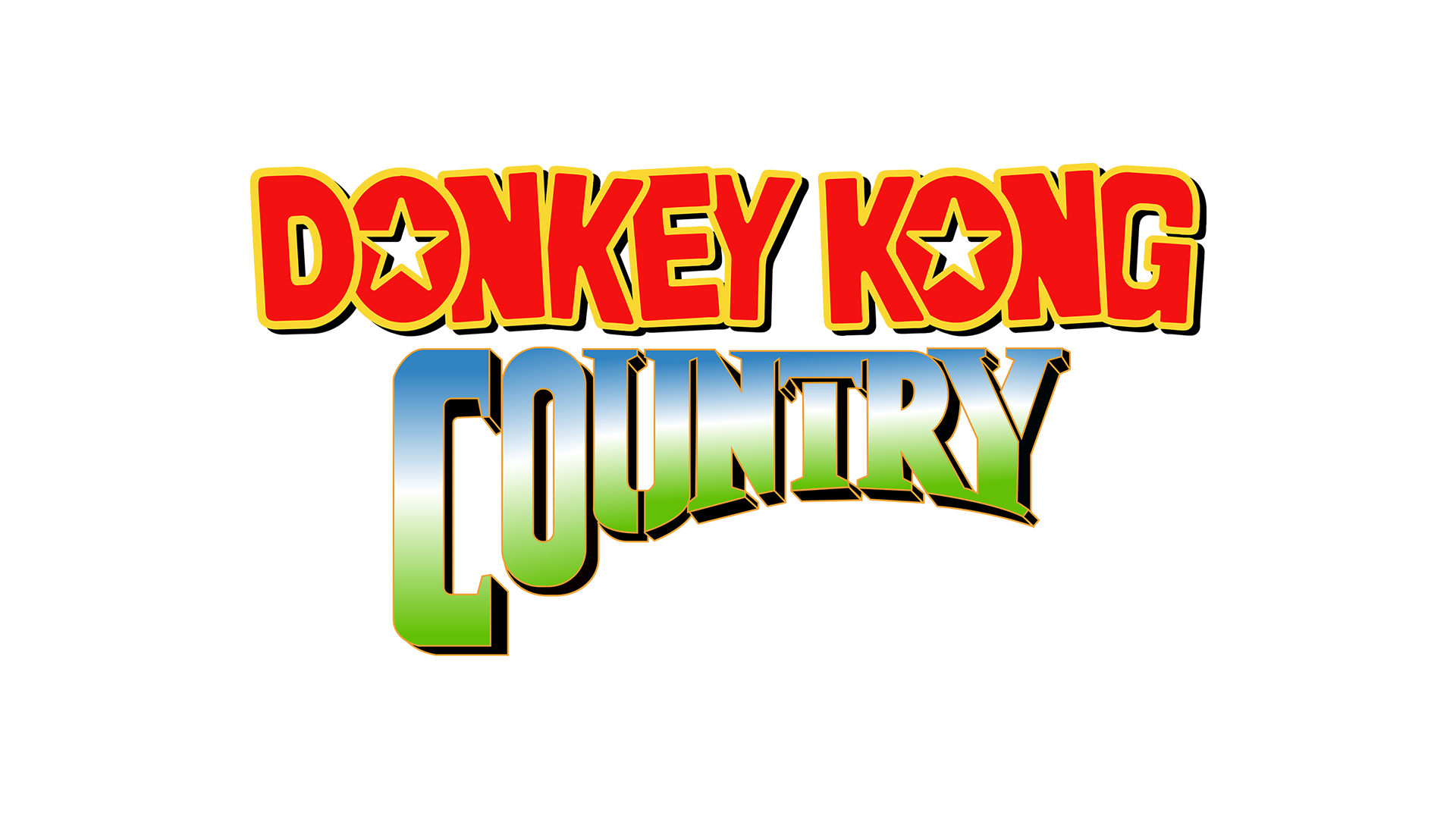 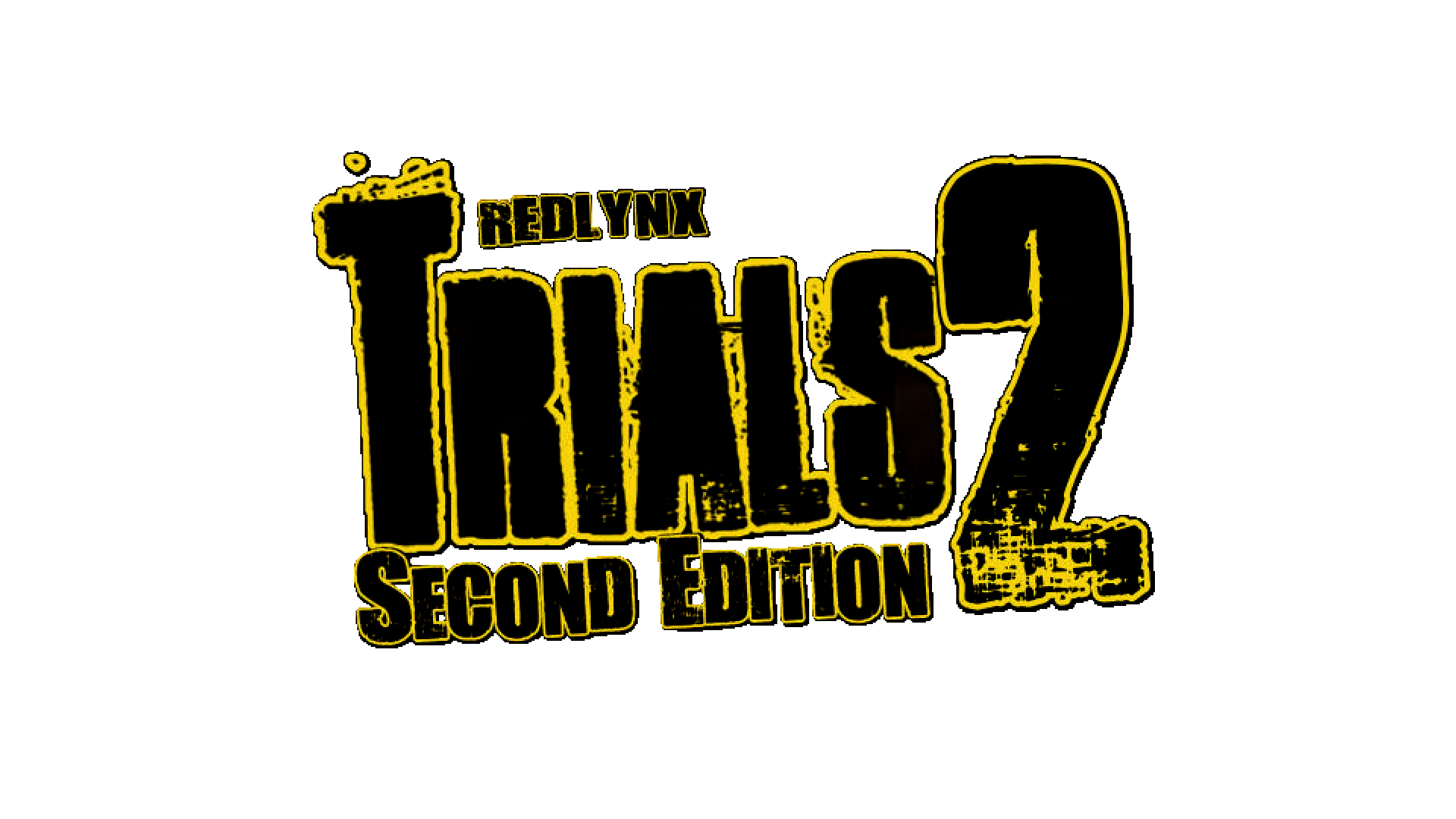 The end is nigh - Friend 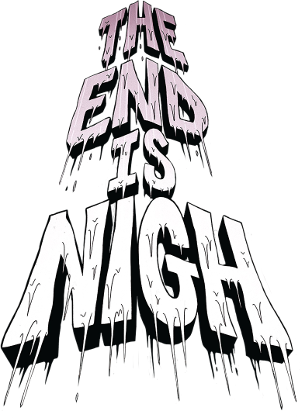